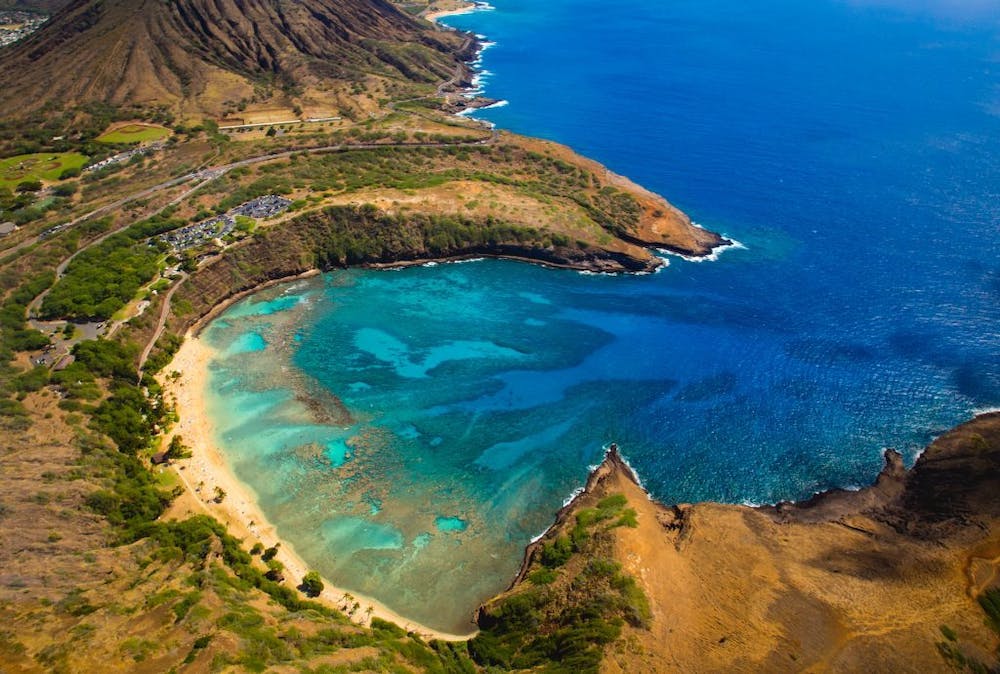 The island of O’ahu was formed around 3.9 million years ago by volcanic eruptions caused by a weakness in the center of the Pacific tectonic plate. As the plate slowly moved over millions of years the Hawaiian Island chain was formed, with the oldest islands to the north-west and the youngest being the Big Island.

Hanauma Bay, however, is relatively young and was created around 32,000 years ago after a series of violent eruptions on the east coast of O’ahu. One such massive eruption opened a vent on the sea-floor which vaporized the ocean floor and later created the caldera of Hanauma Bay. Wave erosion cut through the south-east wall of the crater which formed the Bay as we know it today.

Hanauma Bay beach and the surrounding park gets it’s name from two Hawaiian words: “hana” which means bay and “uma” which means curved.