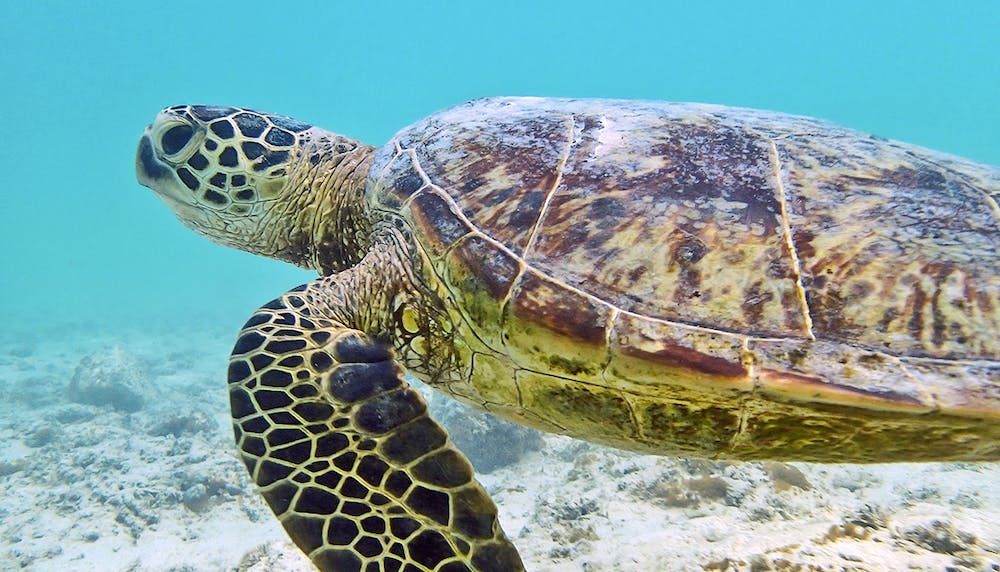 Hawaii is the home to 5 different species of sea turtle, Green, Hawksbill, Leatherback, Loggerhead and Olive Ridley. Hanauma Bay is known for its abundance of Green sea turtles, Chelonia mydas, also known as Honu. Hanauma is a nursery ground for the immature turtles.

The Hawksbill turtle is listed as an endangered species and any sighting should be reported to NOAA at 808-944-2278.

It is illegal to touch or interfer with any turtle so if you see one at Hanauma Bay then enjoy, take a picture but keep a respectful distance.

If you are lucky enough to get a picture of a Hawksbill turtle, during your visit to Hanauma Bay with Snorkelfest, then send it to The Hawaiian Wildlife Fund who is currently collecting pictures.